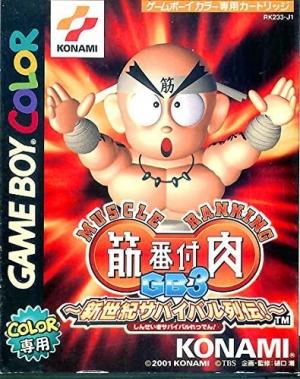 The third in the GB series! The software is exclusively for GBC, and the graphics are more realistic and upgraded. Equipped with "SASUKE2000" that was aired as a special in the fall of 2000. Of course, there are also hidden competitions that are popular in the series, such as "Service Ace," "Power Force," "Super Shot," "Spray Hitter," and "Struck Out Bingo." Including the familiar Kane Kosugi, unique original players only for the game have also appeared! There are plenty of competitions where friends can play against each other with communication cable support, and new rules will expand the play.