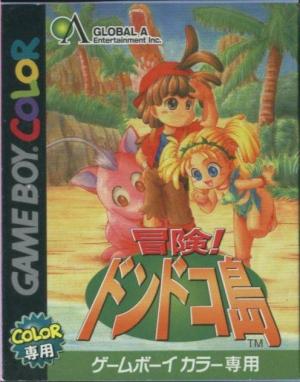 The boy who was distressed on a yacht arrived on the island "Dondoko Island" which is not on the map. It was a new world where various monsters and the mysterious creature "Mokopoco" built by the village of stone tool civilization lived. Develop the village of Mokopoco with monsters and lead a mysterious life that no one has ever experienced. Ask a mysterious creature called "Mokopoco" who is building a village on the island to invent a vehicle that can escape from the island. It starts with raising various monsters, giving them jobs suitable for their roles, and developing the island. Make good use of the characteristics of monsters to make them work.