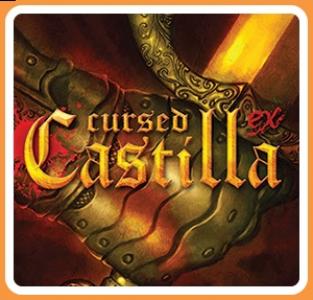 For the Glory of the Arcade Times! The tears of a young witch have been turned into a key by a demon to open a gateway to hell. In Cursed Castilla, one takes the role of Don Ramiro, a knight appointed by King Alphonse VI, to fight and banish the evil invading the lands of Tolomera. Don Ramiro will face mouras, ojáncanos, nuberus and malismos: creatures from the European folklore, as well as from chivalric romances such as Amadís de Gaula. For that, one will use a different range of weapons to defeat the enemies, in a pure classic arcade action style. Cursed Castilla is an acclaimed modern arcade both by critics and players with a 81 Metascore. Features Explore Tolomera del Rey in depth through 8 game stages Fight against more than 48 types of enemies and 19 final bosses Depending on the mission success, meet 1 of the 4 different possible endings Know all the myths featured in the game with the illustrated bestiary Brag about your combat skills with 17 unlockable achievements Yell your battle cry with the songs of the original soundtrack Revive the glory of the Arcade Times with 3 different view modes Exclusive coin-op mode for consoles of the Nintendo 3DS™ handhelds Stereoscopic 3D effect