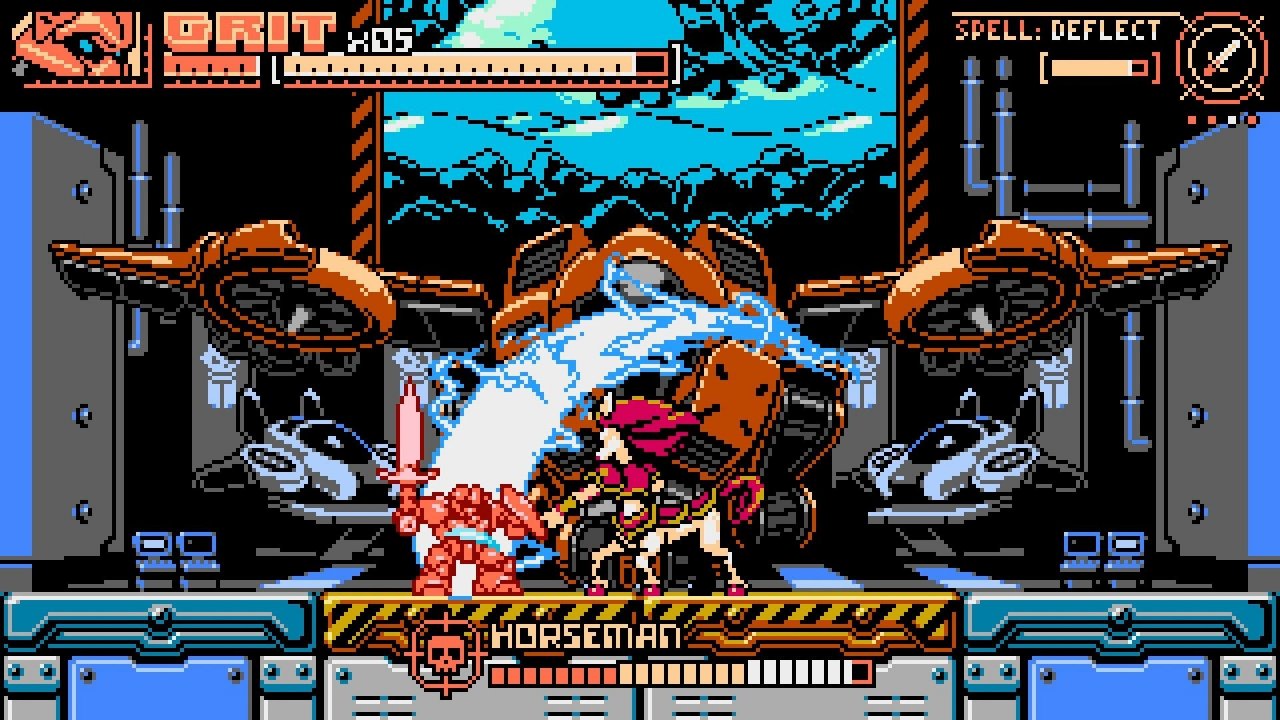 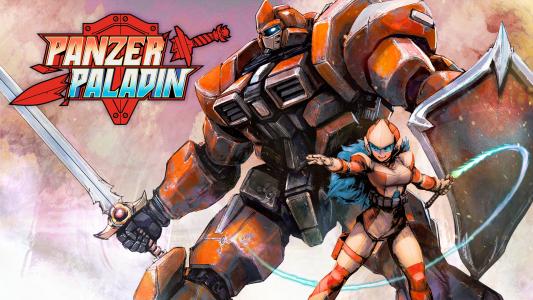 he sight of giant swords blazing through the night sky might be hair-raising, but stand your ground! The sinister Ravenous and his legions of brutal demons are poised for battle. Even all the armies of the world can’t stop them, but humanity has one final ace in the hole: cutting-edge power armor called Paladin. It's now up to a strong-willed android named Flame to become a Squire, pilot the Paladin and track down all Weapon Keepers and their diabolical leader. The showdown between mankind’s technological prowess and the powerful forces of the occult has begun! Seize weapons from the denizens of the Netherworld and give them a taste of their own medicine! Show them the power of cutting-edge technology fused with masterful swordplay. Slash, bash and thrust your way through a series of mind-blowing levels around the world, all of it rendered in glorious 8-bit graphics! Hop in your Paladin and take up arms! An engaging action-platformer with fun and intuitive swordplay! Take control of Grit, the mighty Paladin power armor, or eject and play as Flame, the small-but-swift Squire pilot! Robots meet demons! Crush the forces of the occult with the power of cutting-edge technology! Over 100 melee weapons to seize from enemies! Forge your own custom melee weapons with the Blacksmith and find them on the Panzer Paladin Steam Workshop. Use weapons profusely: wield, throw, or shatter them! Snap a weapon in half to cast a powerful spell! Slash, bash and thrust your way through 17 mind-blowing levels located around the world! Carefully crafted 8-bit graphics, just like you remember them! 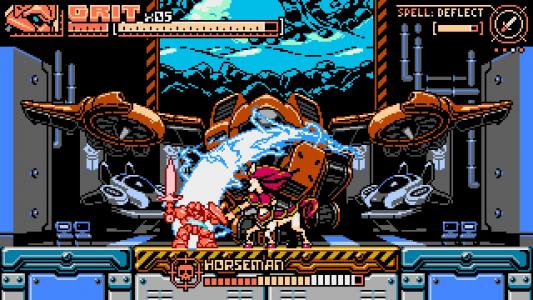