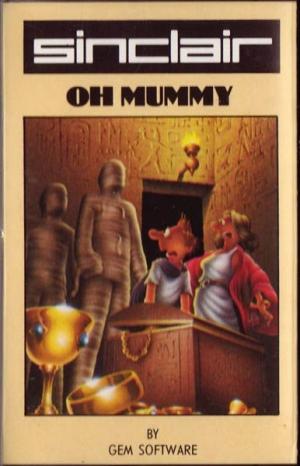 The object of the game is to unveil all of the treasure within each level (or pyramid) of the game whilst avoiding the mummies. Each level consists of a two-dimensional board. In contrast with Pac-Man, when the player's character walks around, footprints are left behind. By surrounding an area of the maze with footprints, its content is revealed, which is either a scroll, a mummy, a key, a tomb or nothing at all. In order to complete a level, it is necessary to unveil the key and a tombstone. The scroll enables the player to kill/eat one mummy on the level. If a mummy is unveiled, it follows the player to the next level. The difficulty and speed of the game increases as the player progresses through the levels.