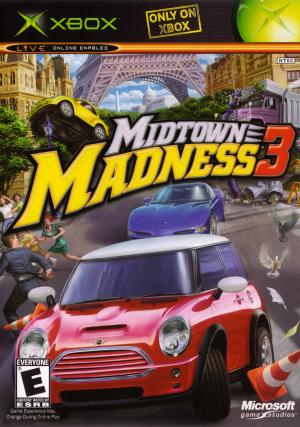 Midtown Madness 3 is an open world racing/arcade sequel, part of the Midtown Madness series. For the first time in the series, the game was released only on the Xbox, with a Windows version rumoured for later release, but ultimately scrapped. The game was developed by DICE (of Battlefield 1942 fame) and published by Microsoft Game Studios. This marked a change from the developer of the first two games, Angel Studios (now Rockstar San Diego). Coincidentally, Midtown Madness 3 was released in 2003 against Midnight Club II, created by the developer of the first two games, Rockstar San Diego. The Xbox-only release and change of developer heralded a significant graphical improvement to maintain the console's graphical standards.