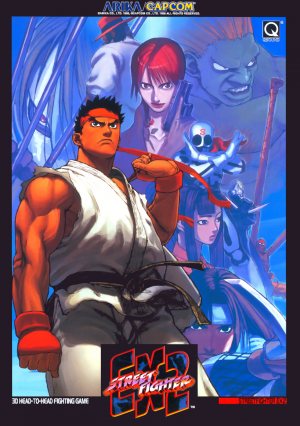 The original version of Street Fighter EX2 retains all the features from the previous game, Street Fighter EX Plus, including original features such as "Guard Breaks" (unique moves which cannot be blocked by an opponent) and "Super Canceling" (the ability to cancel a Super Combo into another Super Combo). The primary new feature in the game are "Excel Combos", ("excel" being abbreviation for "extra cancel"). Much like the "Custom Combos" featured in the Street Fighter Alpha series, Excel Combos allows player to connect a series of basic and special moves for a limited time. During an Excel Combo, the player begins with a basic move and can follow up with a different basic move or follow-up a basic move with a special move, which can be followed by a different special move. However, the player cannot connect any move with the same move, nor can they cancel special moves into basic moves during an Excel Combo.