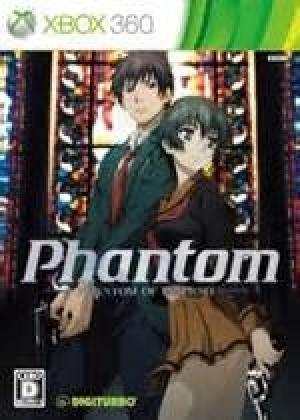 Phantom of Inferno (known in Japan as Phantom -PHANTOM OF INFERNO-) is a visual novel game created by Nitroplus, directed and written by Gen Urobuchi, distributed in North America by Hirameki International (a subsidiary of the Japanese visual novel publisher Hirameki). It came out for PC in Japan in 2000 and was ported for DVD in 2001 and for PS2 in 2003. It was distributed in America as an AnimePlay DVD title in 2002. The story can take either a dark action/drama path or can turn into a romantic drama depending on the choice of the player. A remake for the Xbox 360 console was released in 2012 and ported on PC in 2013. Phantom of Inferno details the life of a 15-year-old Japanese boy who is kidnapped after witnessing the killing of a reporter. The memories of his past life are erased, and he is given the choice to join 'Inferno' or die. After joining the organization he is given the name 'Zwei' (German for number 'two') and will study under 'Ein' (From the German word "Eins" for 'one'). Ein is also known as 'Phantom', the title given to the organization's top assassin. Inferno is said to be the 'United Nations of crime syndicates'. As Zwei makes his way through training and various missions, deceit and betrayal occur even within Inferno and slowly put Zwei in increasing danger. Along the way, Zwei meets a girl by the name of Cal Devens and, though he tries to protect her, she too is drawn into Inferno to become the assassin, Drei (German for 'three'). The game is divided into three chapters. The first chapter deals with Zwei being turned into a killer and has two main "routes" to follow, the Ein route and the Claudia route. No matter which route is chosen, the chapter ends with Scythe escaping and Ein presumably dead, unless one opts to escape back to Japan. The second chapter starts off one year after the events in the first chapter, and deals with Claudia's plan to bring the Godoh group into the organization, Scythe's revenge, and the introduction of a new character, Cal Devens. It contains the Cal route and the final Claudia route. A DVD version with added voice acting, but with removed sex scenes was released on October 26, 2001. A port to the PlayStation 2, based on the DVD version was released on May 22, 2003. Phantom Integration, an updated PC version with a new ending, but without voice acting, like the original PC release, was released on September 17, 2004. In 2010, Nitroplus announced the game will be remade for the Xbox 360 featuring the same scenario but based on the designs created for the anime series from Bee Train. Character designs from artists Minkao Shiba, Yoko Kikuchi, Tomoaki Kado, Yoshimitsu Yamashita, and Yoshiaki Tsubata were introduced into the 360 version. In addition to the design adaptations, the cast of the anime series also reprised their roles for the newer/updated version. It was originally planned for a Winter 2011 release, but was delayed due to unforeseen complications. The game was released on October 25, 2012 and ported on PC on August 30, 2013.