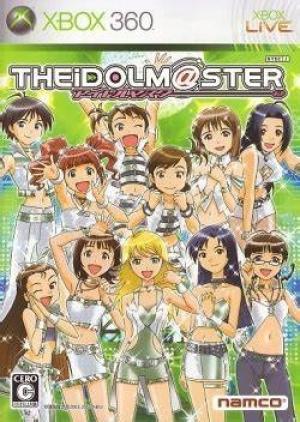 The Idolmaster (アイドルマスター, Aidorumasutā, officially stylized as THE iDOLM@STER) is a Japanese raising simulation video game developed by Metro and published by Namco (later Namco Bandai Games). It was released on July 26, 2005 as an arcade game and is the first game in The Idolmaster series. It was ported to the Xbox 360 on January 25, 2007 with many changes and improvements. The gameplay and story follows the career of a producer in charge of training prospective pop idols on their way to stardom. This includes arranging the idol's schedule, taking them to jobs, training them during lessons, and directing them through auditions. As gameplay continues, a relationship will develop between the idol and her producer fostered through talking with the idol and forming good memories. Development for the game began in 2001 to make an arcade game that would make players want to come back to play every day. To effectively use the competitive culture that surrounds video arcades, the game was developed so players would raise and compete against other players' idols on a national network. A port of the game had been discussed as early as two months before the arcade game was even released. The Xbox 360 was chosen because the development team felt its hardware and the Xbox Live network could handle the game's specifications. The original game features 10 songs the idols perform, which is increased to 16 in the Xbox 360 version, later released on several music albums. The raising simulation system has been described as simple and easy to understand, and the various minigames have been described as "addictive". However, the game has been criticized as presenting a narrow and unrealistic view of the idol world.