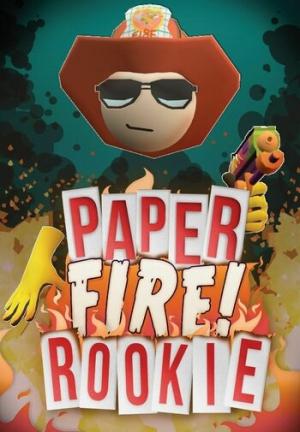 Winner Australian Video Game Developer Award 2019 VR Game of the Year. Voted by Kotaku reader poll as Australian Videogame of the Year 2018. As the fire departments newest firefighting recruit, it's up to you to save the townfolk in this all-new FPS. Built exclusively for VR fight fires, shoot water pistols, blast water shotguns, power water gattling guns, battle bosses and axe and smash your way through buildings. Paper Fire Rookie is proof that anyone has what it takes to be a hero, as long as safety and saving lives aren’t priorities. A tongue-in-cheek look into the world of firefighting, in a town filled with strange critters, odd personalities and secrets to discover. Guided by a less-than-stellar fire department, you must help restore the town to its former glory. Explore the living, breathing town, from beach to balcony to bedroom, and get to know the people of Paperville. Save the townspeople from imminent danger - and from themselves. Atmospheric music helps set the scene as you traverse smokey spaces filled with fire. Use a number of different weapons to tackle the problems in front of you. Shoot, smash, pull, deduce, and lift your way through missions and be the hero Paperville never deserved.