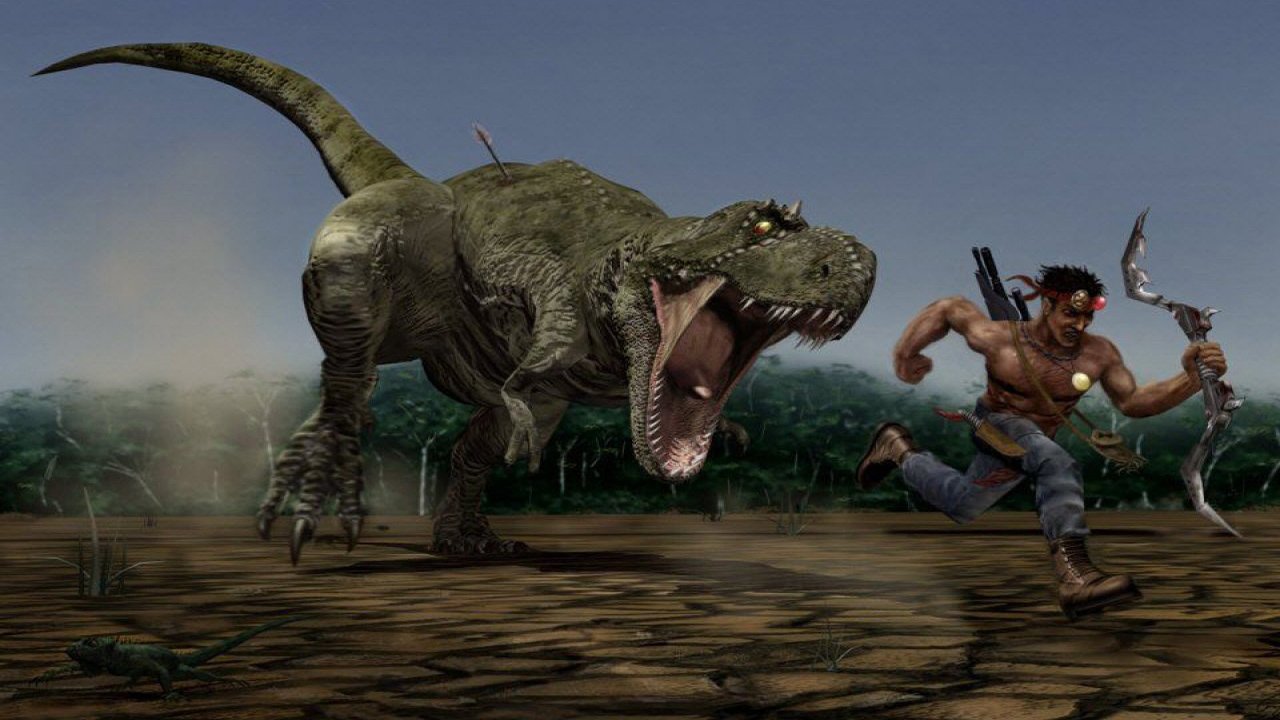 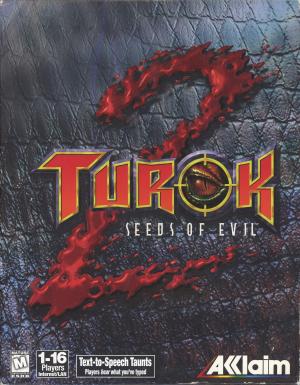 Turok 2: Seeds of Evil is a first person shooter which was released for PC in 1999 by Acclaim Entertainment. The new Turok, Joshua Fireseed, appears through a portal to face a blue-skinned woman named Adon. She explains he has been called by the Elders of the Lost Lands, the Lazarus Concordance, to defeat a powerful alien entity called the Primagen, which was awakened when Tal'Set destroyed the Chronoscepter in the previous game. Turok has locate all Energy Totems, protect them and destroy the enemy forces as well as the Primagen himself to end the threat he poses to the Lost Land once and for all. 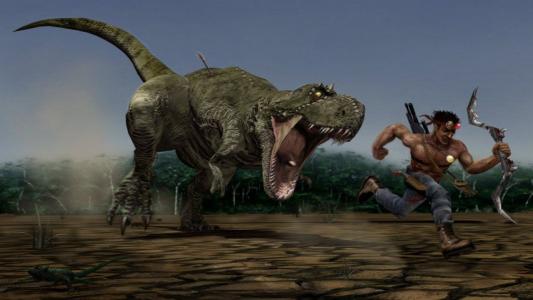 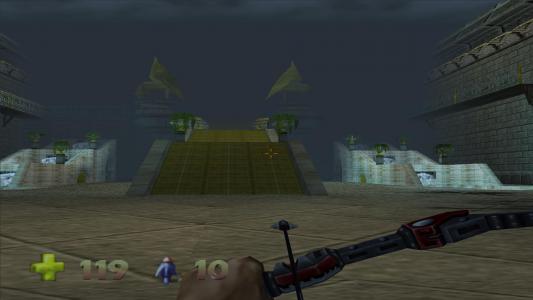