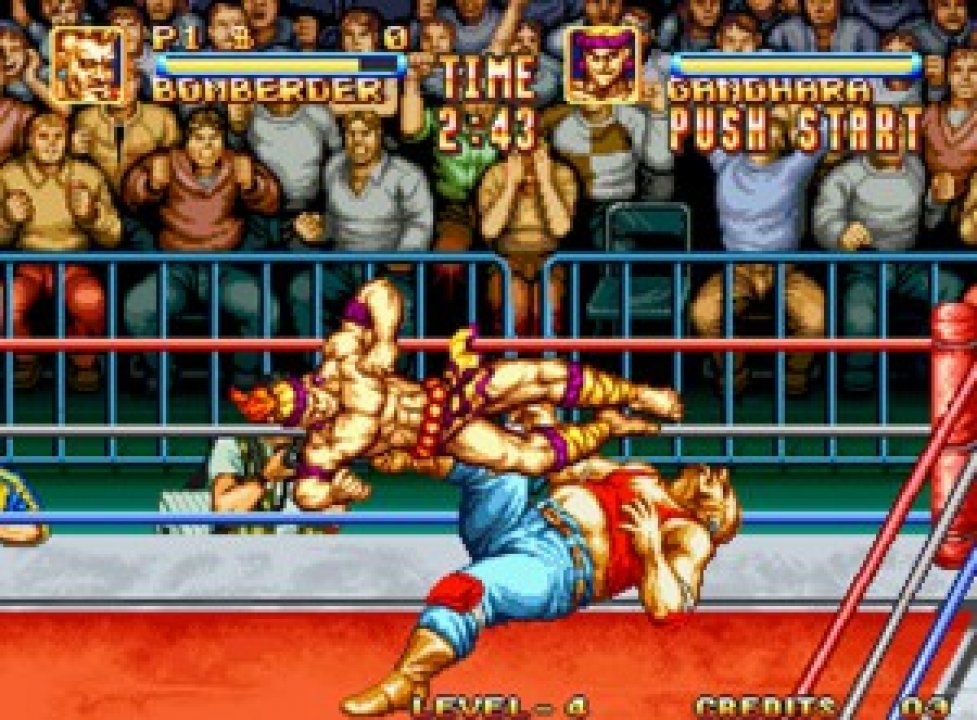 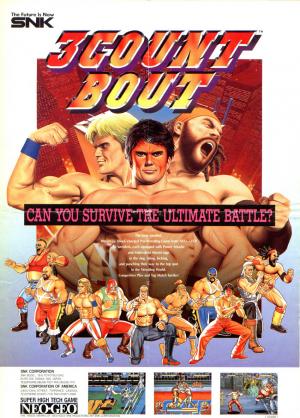 3 Count Bout by SNK Corporation attempts to take you into the world of professional wrestling by giving you control of one of many different wrestlers as you fight both in the ring and in the seedy underworld in your quest to become an accomplished wrestling champion. Choose from one of ten different characters, each with his own strengths and weaknesses, and employ your wrestling moves using a combination of three buttons. There are also a number of hidden moves and combinations which can be unlocked for even greater variety in the gameplay. When you have your opponent on the mat, keep him there until the count of three and you've won the match. In two-player mode, you can either take on your opponent in a match or wrestle tag team. This game uses the Neo-Geo MVS cartridge system. 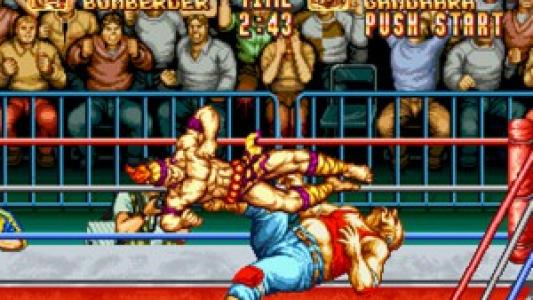