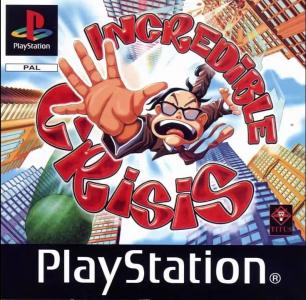 Incredible Crisis, known in Japan as Tondemo Crisis! (とんでもクライシス!, Tondemo Kuraishisu!, "Huge Crisis!"), is a PlayStation video game developed by Polygon Magic. The game was published in Japan by Tokuma Shoten on June 24, 1999. Translated versions were released by Titus Interactive in North America and Europe throughout November 2000. Incredible Crisis follows four members of a working-class Japanese family on their bizarre adventures home from their daily routines to get birthday presents for the family's grandmother. The game consists of several action-oriented minigames strung together and book-ended with pre-rendered cutscenes. The game was designed and scripted by Kenichi Nishi and features music from the Tokyo Ska Paradise Orchestra.