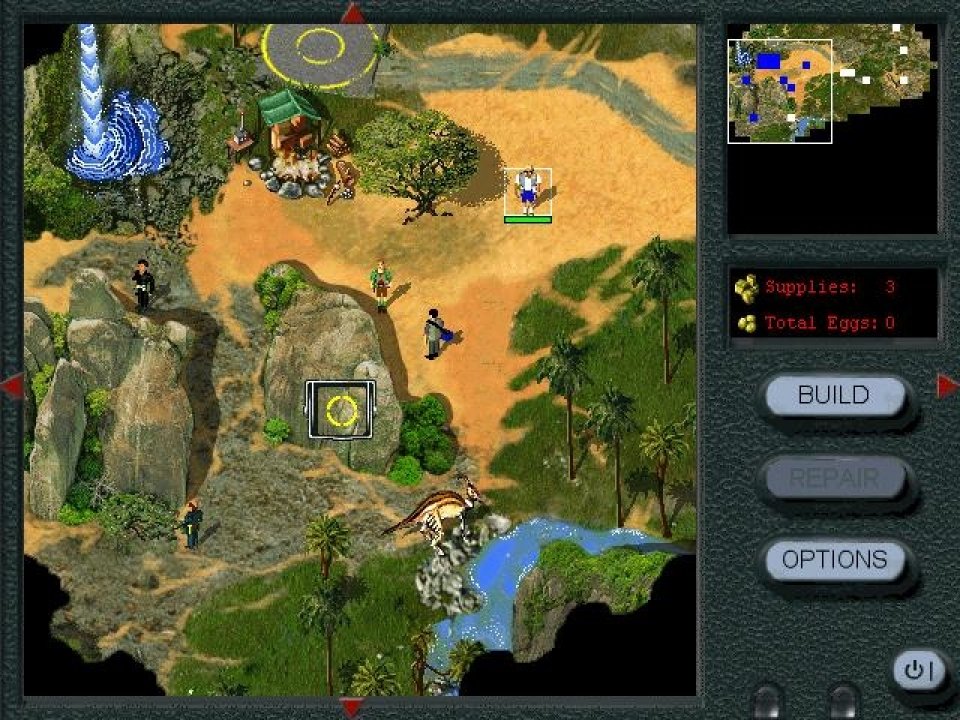 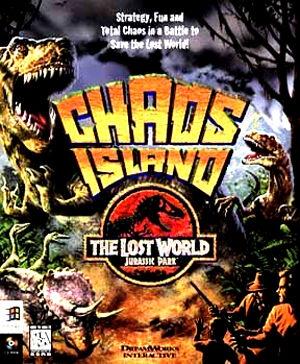 Chaos Island is a real-time strategy game based on the second Jurassic Park film. Created by DreamWorks Interactive in 1997. It is similar to the Command and Conquer series. The game features six characters from the film, each voiced by the actors who played them in the film: Dr. Ian Malcolm (Jeff Goldblum), Dr. Sarah Harding (Julianne Moore), Nick Van Owen (Vince Vaughn), Eddie Carr (Richard Schiff), Kelly Curtis (Vanessa Lee Chester), and John Hammond (Richard Attenborough).[3] Early in the game, Malcolm, Van Owen and Carr are on Isla Nublar (the island where Jurassic Park occurred), where they rendezvous with Harding and obtain a DNA serum used to control dinosaurs that they hatch. A freighter then takes them to Isla Sorna (where The Lost World: Jurassic Park occurs) and crashes there in a storm. Future missions are largely spent combating hunters,[citation needed] who are on the island to capture the dinosaurs and take them to a theme park.[4] The hunters are hostile to the playable characters and will attack them on foot, using Jeeps, and tanks in later levels. In one mission, the characters must free a baby T. Rex and other captured dinosaurs from the hunters' camp, then in the next, return it to its nest and free the mother, who has been captured by the hunters. Later in the game, the hunters blow up the playable characters' communications transmitter. The characters make their way to the InGen Communications Center (as in the film) to contact help. In the game's final level, the characters must all make their way to a helipad where they can be picked up. If these missions are completed, a bonus mission is opened where the player can play as the father T. Rex in San Diego making his way to the freighter where his baby is, and combating hunters on the way. 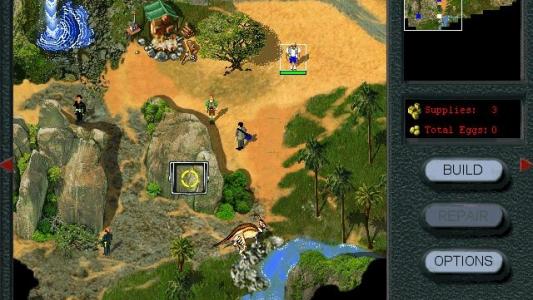