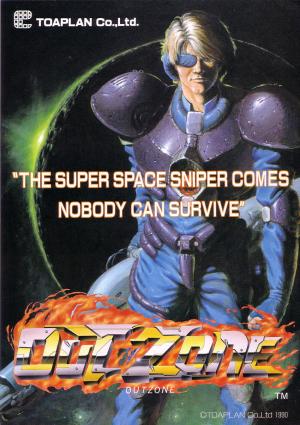 A vertical shoot 'em up developed by Toaplan. The player starts out with an automatic laser rifle that fires in whichever of the eight directions the player is moving. By picking up C icons, the player can switch between this and a more powerful spread gun that only fires upwards. An energy bar that depletes over time is present in the upper left corner of the screen. When it runs out the player character's movement slows down for a couple of seconds, after which he dies. Energy is refilled by picking up E icons. P icons dropped by certain enemies power up the player's shot.