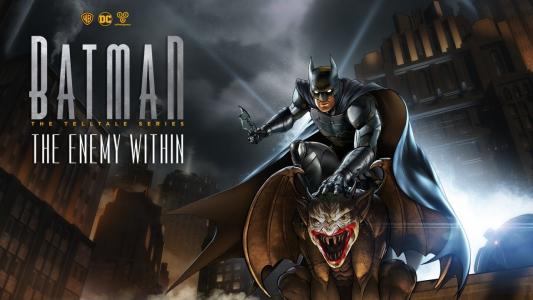 Batman: The Enemy Within - The Telltale Series

The player once again assumes control of Bruce Wayne/Batman (Troy Baker), a billionaire who secretly fights crime in Gotham. His butler and former legal guardian Alfred Pennyworth (Enn Reitel), Police Commissioner James Gordon (Murphy Guyer), and Wayne Enterprises Chief of Technology Lucius Fox (Dave Fennoy) return to assist Batman in the field. The game introduces "The Agency", a mysterious government organization with its own agenda led by the ruthless Amanda Waller (Debra Wilson). New supporting characters are also introduced, including Special Agent Iman Avesta (Emily O'Brien), one of the Agency's operatives, and Tiffany Fox (Valarie Rae Miller), the daughter of Lucius and an employee at Wayne Enterprises. How far into the darkness are you willing to go? When a new group of villains joins forces to destroy Batman, Bruce Wayne forges an uneasy alliance with former Arkham Asylum inmate John Doe... but who will have the last laugh? Beginning with The Riddle's gruesome puzzles and the arrival of ruthless federal agent Amanda Waller, you will enter into shadowy pacts and perilous deceptions as Bruce Wayne and the Batman. What choices will you make? Which mask will you wear?