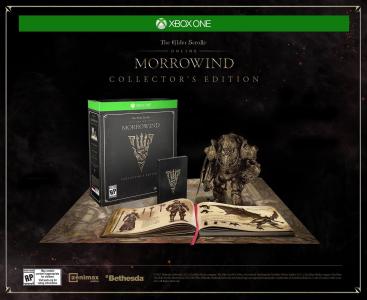 For the ultimate fan of The Elder Scrolls Online can grab the Collector's Edition, which contains everything included in the Digital Collector's Edition, as well as: Dwarven Colossus Statue: Recreated with the help of sacred Dwarven texts, this 12" tall replica of the Colossus that starred in the announcement trailer stands ready to defend treasures. Naryu's Journal: A full-color, large-format book chronicling Morag Tong assassin Naryu's pursuit of a conspiracy across Tamriel. Illustrated with a broad array of concept art. Map of Morrowind: Players can chart adventures throughout Vvardenfell with this handy map at their side. Exclusive Game Case: A limited edition metallic case bearing the marks of Vivec and the Tribunal.