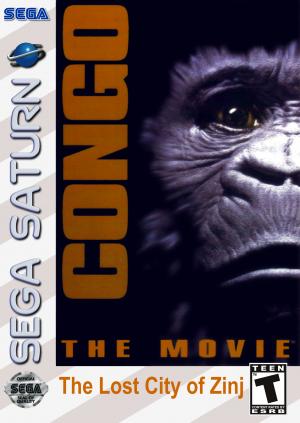 Congo The Movie: The Lost City of Zinj

Congo the Movie: The Lost City of Zinj is a first-person shooter developed by Jumpin Jack and published by Sega for the Sega Saturn in 1996. The game uses elements of the film Congo to tell a side story following the exploits of Butembo Kabalo (played by Steven Anthony Jones), the only survivor of the first Travicom expedition in search of diamonds in the Congo jungle. The FMV segments were produced by A Commotion Pictures and use the TrueMotion S video codec. The game was featured in Episode 13 of Broken Pixels.