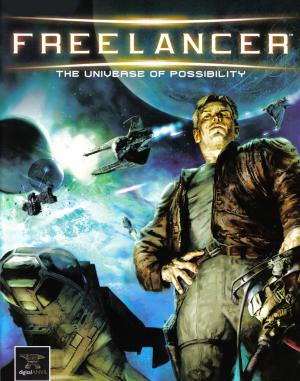 In the game, players take on the roles of spacecraft pilots. These characters fly single-seater ships, exploring the planets and space stations of 48 known star systems. They also engage in dogfights with other pilots (player- and computer-controlled) to protect traders or engage in piracy themselves. Other player activities include bounty-hunting and commodity trading. The single-player mode puts the player in the role of Edison Trent, who goes through a series of missions to save the Sirius sector from a mysterious alien force. In multiplayer mode, players are free to take on any role and to explore anywhere from the start.