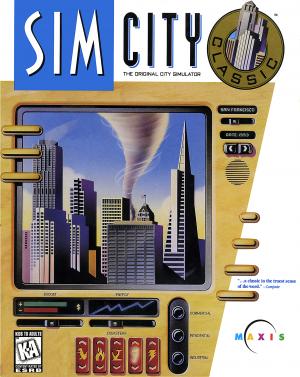 The player can mark land as being zoned as commercial, industrial, or residential, add buildings, change the tax rate, build a power grid, build transportation systems and take many other actions, in order to enhance the city. Also, the player may face disasters including flooding, tornadoes, fires (often from air disasters or even shipwrecks), earthquakes and attacks by monsters. In addition, monsters and tornadoes can trigger train crashes by running into passing trains. Later disasters in the game's sequels included lightning strikes, volcanoes, meteors and attack by extraterrestrial craft. In the SNES version and later, one can also build rewards when they are given to them, such as a mayor's mansion, casino, etc.