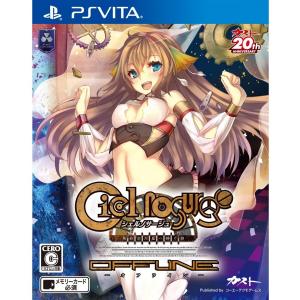 Ciel nosurge, full name Surge Concerto: Ciel nosurge, is a life simulation video game for the PlayStation Vita developed by Gust. The player is introduced to Ionasal (shortened to "Ion" in the game), a girl with amnesia; the player's objective is to help Ion regather her memories by entering her mind, which is shown as a broken world which the player can repair (in order to recover Ion's memories). Although not a continuation of the Ar tonelico series, it takes place in the same universe with many of the same elements and expands on the series mythos. The game is notably the first game to be developed by Gust after their merger with Tecmo Koei.