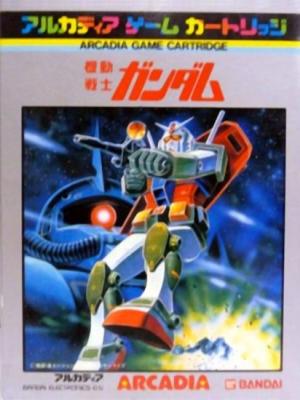 Mobile Suit Gundam, also known as First Gundam, Gundam 0079, or simply Gundam 79 is a televised anime series, created by Sunrise. Created and directed by Yoshiyuki Tomino, it premiered in Japan on Nagoya Broadcasting Network between April 7, 1979, and lasted until January 26, 1980, spanning 43 episodes. It was the very first Gundam series, which has subsequently been adapted into numerous sequels and spin-offs. It has been almost 80 years since the plan of space colonization began. During that time, many colony clusters were established. Side 3, the farthest one from Earth, became a Republic, led by Zeon Daikun, whose ideals included the independence of the colonists and the final emigration of all mankind to space. Eventually, Side 3 declares itself independent and, with Zeon dead, goes under the control of the Zabi family, who created the "Duchy of Zeon". Zeon's gigantic industrial output is only matched by Earth's resources, and tensions escalate. Eventually, this leads to the declaring of war from the Duchy, in the year of Universal Century 0079. Zeon'ssuperior technology allows them to have the upper hand, with their powerful Mobile Suits, which the Federation lacks... for now. Mobile Suit Gundam is a first-person action game that puts you in the shoes of Amuro Ray, pilot of the RX-78 Gundam, and has you play through the events of the original 1979 animated television show. You view the game from the cockpit of the RX-78, which has a variety of displays to show the condition of your mobile suit. In each stage, you must eliminate all the enemies to clear the stage.