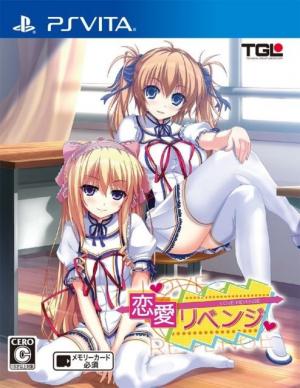 Yuuki was played around with by his first love, who admitted that she only went out with him as part of a punishment game. Ever since that traumatic break-up, he has had difficulty dealing with girls. Unable to even carry out a normal relationship with his imouto Tatsuki and osananajimi Honoka, he shut himself in his room and only talked with his friends online. One day, the huge Anderson Corporation bought the whole city of Kouzuki. The small-stature president Riele announced plans to create a ‘love city’ Iris by establishing the “Love Promotion Act” to encourage active love among youths. All students were required to live in a newly constructed hotel-like dormitory with co-ed roommates. There was also a ‘love war event’ started up to further relationships between boys and girls. It was hell on earth for Yuuki, but he decides to aim for a new love with the help of Honoka and his classmate Rin.