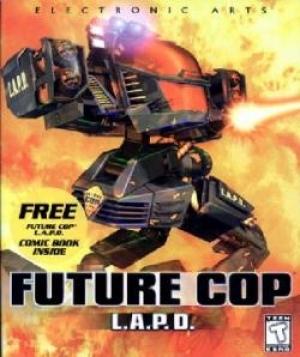 Future Cop: LAPD is a third-person shooter developed by EA Redwood Shores and published by Electronic Arts and released first for the PlayStation, then Mac OS and Microsoft Windows. Future Cop was originally developed as an installment of the Strike series. In the game, players assume the role of a pilot for the X1-Alpha, a robot designed to fight in the "Crime War" in Los Angeles in the year 2098. The X1-Alpha is a police vehicle that can transform between a fast, hovering pursuit vehicle, and a slower, full-fledged combat mecha.