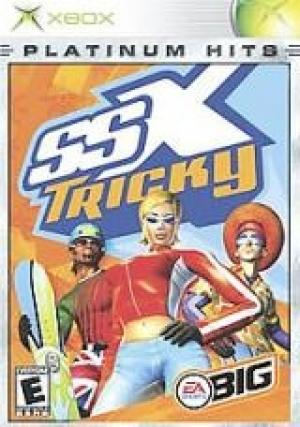 Gameplay continues the same basic method introduced in SSX, with the main tracks being 'remixed' from the previous games and two new tracks, Garibaldi and Alaska. The important new feature added to the series are the Uber moves. If players are able to fill their boost bar to the maximum, they will be able to perform Uber moves which involve characters taking their feet off their board and doing over the top moves. If a player successfully lands an Uber move, they are given a short amount of time for infinite boost, which can be topped off by performing more Uber moves. Each player can perform five Uber moves, including a personal move if the character is using a board that matches their style. If a player successfully performs six Uber moves, spelling out 'tricky' on the boost bar, they will have infinite boost for the remainder of the level.