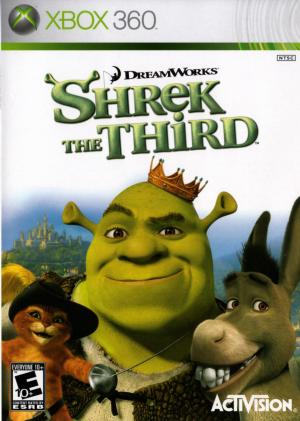 Shrek the Third is an action-adventure video game based on the 2007 DreamWorks Animation animated film of the same name, developed by 7 Studios, Gameloft, Amaze Entertainment and Vicarious Visions.[1] The game was published by Activision on May 14, 2007, for the Xbox 360, PlayStation 2, Wii, PC, Nintendo DS, and Game Boy Advance. A PSP version was released on June 5, 2007. Planned releases for Xbox and GameCube of the game were planned, but later cancelled, due to low sales for Xbox, and limited resources for GameCube. This was along with Spider-Man 3.[citation needed] The soundtrack was composed by Winifred Phillips and produced by Winnie Waldron, with additional music by Geoff Zanelli. It was the last DreamWorks Animation game released for Game Boy Advance.