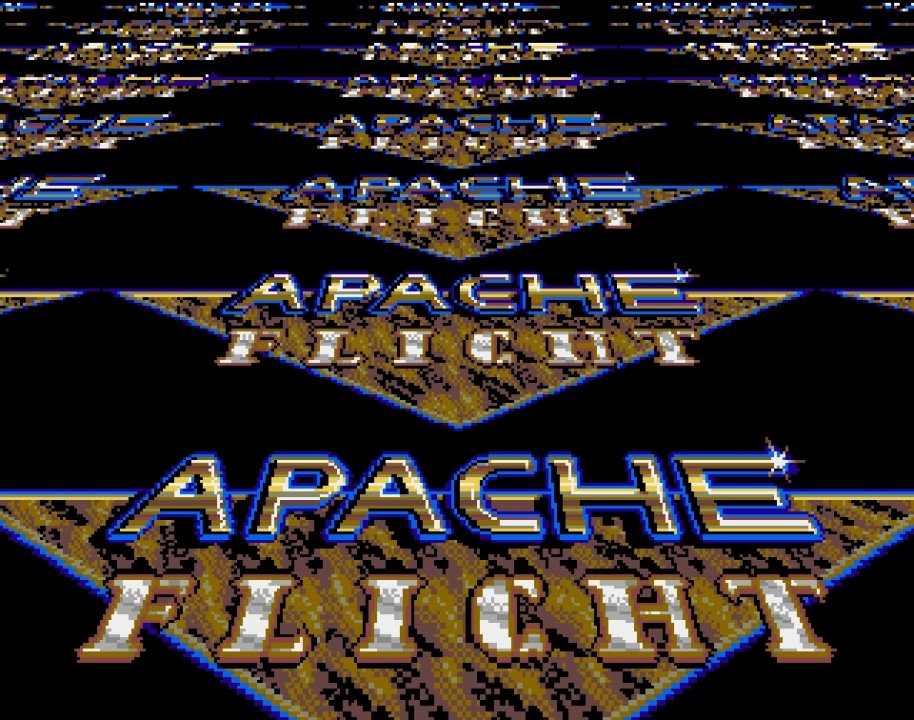 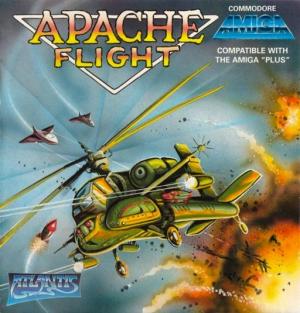 1992, the year Apache Flight was released on Amiga, as well as Atari ST. Made by Minds I and published by Atlantis Software Limited. Good news: the Cold War is over and the world is at peace! Bad news: Terrorists stole a few leftover atomic bombs. Now the player has to use the new Apache attack helicopter in order to destroy the four terrorist hideouts. Apache Flight is a vertically scrolling shooter in which the player spends the most time shooting enemies by using the two available weapons: the unlimited standard ammo (released by tapping the fire button) and limited missiles (released by holding the fire button) which are required to hit ground targets, e.g. cannons and tanks. Those missiles are also available in the heat-seeking variety which are automatically used up first. Fuel is limited and is constantly drained every second, but it can be refilled by hovering over fuel depots which are regularly encountered during the levels. However, when shooting them with a missile instead, the depot releases additional missiles to collect. Of course it is also important to dodge enemies and their bullets because every hit causes the loss of a life. When that happens, a new helicopter with reset fuel and missiles appears with a brief invincibility period at the point of death. The game is lost when all lives are gone. 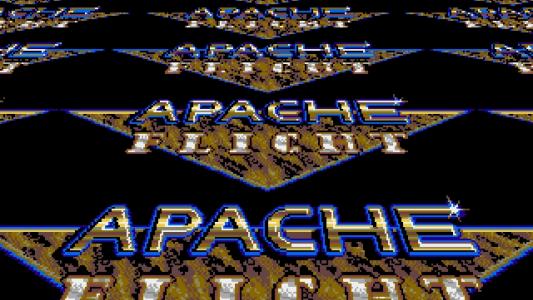