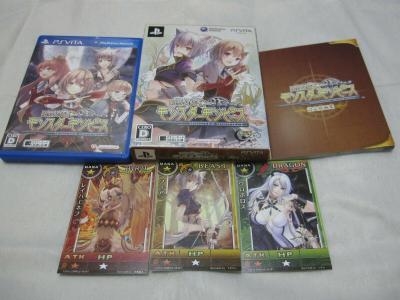 In the world of Yafanir (ヤファニール) in which two enormous pillars known as the Hammers of God penetrate the Earth, a race known as the monster girls have come to coexist with humans.[15] May, Elza, and Karen are best friends at the Academy of Kunaguvu (クナグヴァ) where they learn to become Masters of the monster girls, but a mysterious person curses Elza and she becomes Lost.[15][20] Trying to learn what master plan has been unleashed, May follows Elza, gathering treasure scattered across the world, and using the monster girls' Magus Quartz crystals to help on the way