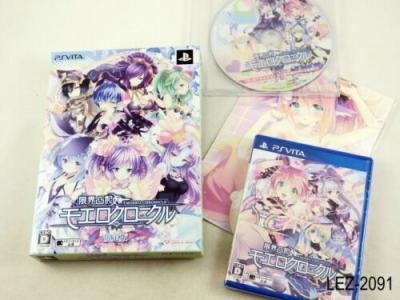 The player plays as Io, an ordinary boy with a tender heart, whom village elders force to "go on a journey" to save the world from disaster.Io, although ambitious, is scared to talk to girls in fear of them labeling him as a pervert. Crises are occurring all over the world at the beginning of the game, and "monster girls", which inhabit it, have suddenly become hostile to humans, with a "legendary monster girl" thought to be the cause. Other characters include Lilia, who is a childhood monster girl friend of Io, a monster cat friend named Leche, Koko, who is the daughter of a yet unknown character, and Otton, the seal mascot of the game, who is described as a "wandering panty hunter"