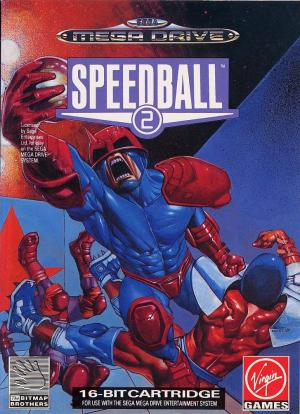 Brutal Deluxe doesn't live up to their name - in fact they're the worst team Speedball has ever seen. As their manager, it is your job to transform their fortunes. As well as the league system, which consists of 2 8-team divisions and challenges you to advance to the top, there are also 2 cup tournaments, one of which is played out over 2 'legs' with the aggregate score deciding who progresses. You can play the matches as well, which is the real meat of the game. They consist of 2 90-second periods, and the gameplay is futuristic, fast and frantic, with heavy tackling encouraged to retrieve the ball. Power-ups and tokens appear on the pitch, including ones to make your players extra-tough or freeze the opponents.