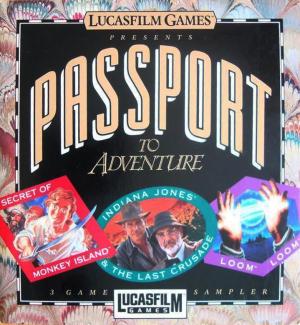 The Lucasfilm Games Passport to Adventure is a package of three playable demos of LucasArts graphic adventure games compiled by Tami Borowick, Sean Clark, Tony Hsieh and Mike Stemmle, and released by the company in 1990. The titles included Indiana Jones and the Last Crusade: The Graphic Adventure, The Secret of Monkey Island, and Loom. The Last Crusade demo featured elements not included in the full game, as did Monkey Island, which included an Indiana Jones easter egg where Guybrush Threepwood can briefly transform into the archaeologist.