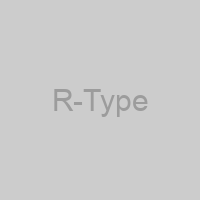 A desperate battle is being fought out in the limitless and unknown dimensions of space which have been contaminated and corrupted by an evil power. The evil power is the Bydo Empire, which is determined to subjugate the world. It is inhabited by weird creatures, whose very sight inspires fear. But mankind is fighting back, and sends you into battle in an incredibly sophisticated plane, the R-9 fighter. Behind the control panel of this fantastic fighting machine, you are Mankind's only defence against the enemy.