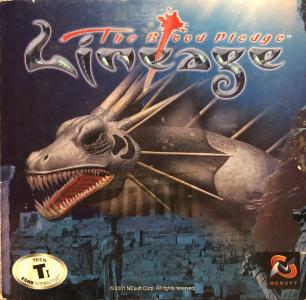 Lineage is a medieval massively-multiplayer, online RPG, set in a fantasy world seen in 2D from an isometric perspective. Based on the comics by Ilsook Shin, Lineage takes place in the Kingdom of Aden, where the evil King Ken Rauhel is terrorizing the land. You are the child of the previous king and may chose one of four classes: prince/princess, elf, knight or mage. The classes differ in their combat and magical abilities, and over fifty spells are available for casting. One of the most intriguing features is the politics involved in forming bloodpledges (guilds), and claiming and laying siege to castles. As the castles are ruled by prince/princess players, player vs. player combat is an integral part of these sieges. Lineage is also available in Korean, Chinese, and Japanese.