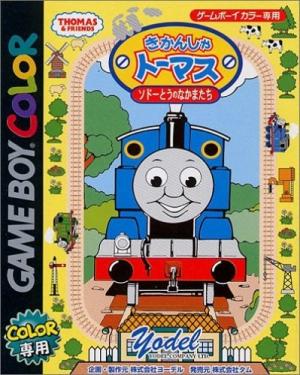 The game is set on the fictional island of Sodor in England. One day a storm hit Sodor Island for a week. When the storm went away, the railroad tracks were messed up! !! So Sir Topham Hatt asked Thomas and his friends to inspect the tracks. There are 5 stages in all. Work with your friends to fix broken railroad tracks, remove dirt and sand, and return to Sodor Island! The characters that appear are various steam locomotives, passenger cars, diesel cars, buses, helicopters, and other vehicles, including the main character "Thomas"!