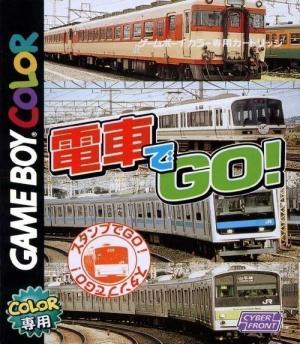 Densha de Go! (電車でGO! Densha de GO! (Lit: Go By (electric)Train)) is a Japanese train simulation game series originally produced by Taito and more recently by Square Enix (who purchased Taito) and Railfan Holdings Co., Ltd. The game originates from a 1996 arcade version. There are also PC versions released by the Japanese publisher Unbalance. All of the games in the series are available in Japanese only. The latest chapter in the series was released on June 15, 2011 for Apple iOS devices.