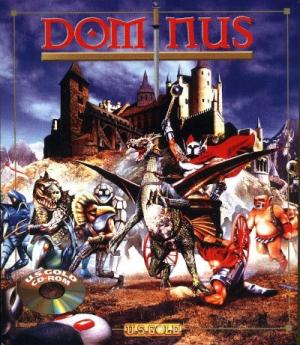 The game takes place in a medieval fantasy world. The player controls a king who must defend his kingdom from several invading kingdoms, all of whom are attacking simultaneously from different directions. The invaders start moving in from the outlying villages, into the castle walls, and finally entering the keep itself. The player defends the kingdom by laying traps, casting spells, deploying monsters to fight, and flying into the battlefield to allow the player to fight directly (as the king). The game features strategic elements which are not often found in real time strategy games, such as setting monsters to the task of collecting spell and trap ingredients, and interrogating prisoners.