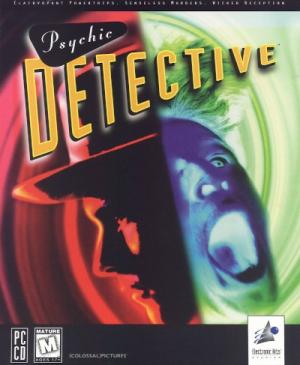 Psychic Detective is an interactive movie generally presented in first person (except during cut scenes), with icons appearing at intervals on the screen signifying people and objects Eric can interact with. Each game generally takes about 45 minutes to play, however multiple plays are required in order to uncover all aspects of the storyline, and there are a dozen alternate endings possible; depending upon the choices made by the player, many different storylines are uncovered, including one that occurs if the player makes no choices and simply watches events unfold. Occasional cut scenes timed to occur at certain points break the storyline into chapters, but which cut scene is viewed depends upon Eric's actions. The endgame portion of Psychic Detective breaks from the linear narrative and involves Eric playing a surreal board game against the villain.