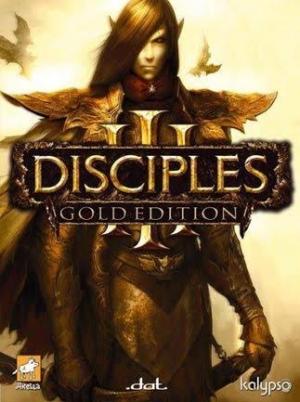 About this game This pack includes: Disciples III: Renaissance Steam Special Edition Disciples III: Resurrection Disciples III: Renaissance Steam Special Edition Disciples III: Renaissance is the next title in the award-winning Disciples series and represents a leap forward in the evolution of the turn-based strategy RPG genre. Building on the overwhelming successes of the first two games, Disciples III: Renaissance introduces a host of new features as well as the compelling gameplay that made the previous titles so popular. Key Features: Three playable races - the Empire, the Legions of the Damned and the Elven Alliance fight for control of the fantasy world of Nevendar. Each race features unique skills and styles. Beautiful 3D graphics – a new gameplay engine offers lush 3D worlds, a rarity in the tactical turn-based strategy genre. Become a hero – create a custom hero and lead a party into battle with a huge variety of creatures. Equip your hero from a selection of more than 450 weapons, spells and artifacts. Unique characters and classes – recruit party members to aid you in battle. Paladins, Mages, Healers and more feature distinct and visually stunning spells and powers. A vast world to explore -19 missions spread across three campaigns take place in a vast fantasy world rendered in stunning detail. Extensive single-player gameplay – over 70 hours of campaign play across 19 missions. Local multi-player gameplay Disciples III: Resurrection Disciples III: Resurrection – a grand sequel of the series! This is a new landmark in the history of Nevendaar, when a new race ascends to power – the ruthless and merciless Undead Hordes. It is the story of selfless love and unfading glory. Heroes of the past, who had lost their lives, but not their sentience, are exacting their revenge in the name of Mortis, the Goddess of Death. This Disciples 3 game is dedicated to a new race – the Undead Hordes. It was the mostly anticipated race among the gamers and fans of the Disciples series, and now their dreams have come true. Key Features: The most expected race – The Undead Hordes! Over 70 hours of gameplay. This is even more than in the previous game in the series – Disciples III: Renaissance! Two storyline characters, four leaders of the Undead Hordes, two bosses and over 50 new units. Revised gameplay balance. Famous distinct gothic atmosphere. Unique style and design. Detailed and realistic world. Dramatic and intriguing plot with countless different exciting quests.