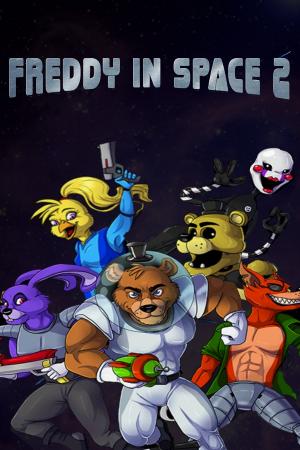 Freddy in Space 2 is a side-scrolling shoot-'em-up game of the Five Nights at Freddy's franchise. The game is created by Scott Cawthon, with character sprites made by Claudia Schröder. The game is set as a sequel to FNaF World's minigame FNaF 57: Freddy in Space. Released on December 3, 2019, it is created to bring awareness to the St. Jude Children's Research Hospital fundraiser. This game is dedicated to the community fan Skylar Ginn, who passed away on October 26, 2019 due to cancer. Available on GameJolt.