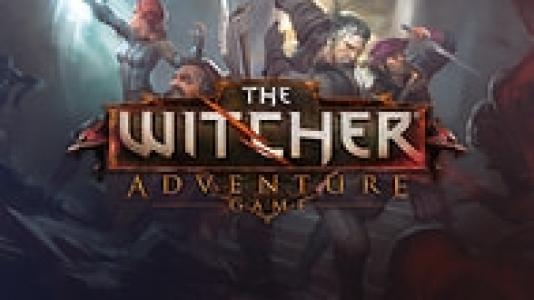 The Witcher Adventure Game is an adaptation of the Fantasy Flight board game of the same name, based on the universe of The Witcher games. At the start players choose one of the four available characters: Geralt of Rivia, Triss Merigold, Yarpen Zigrin, or Dandelion. The goal of the game is to traverse through the Northern Kingdoms on the game boards to earn victory points by completing quests. The player who has the most points at the end of the game wins the session. With each turn five different actions are available: develop, investigate, rest or travel, with a fifth one unique for the chosen character. Geralt for instance is more driven towards action, while the bard Dandelion makes up for the lack of physical abilities through bribery and a talent for politics. Travel is used to move around to the different cities on the board, gathering clues to complete quests. Investigate allows the player to take a card from the investigation deck, with effects such as additional gold, clue token or other benefits. Develop is used to get a card from a different type of deck to improve the character's abilities, with different options for enhancements, creating a non-linear upgrade path. Various encounters such as events and monsters can damage the characters. Rest is used to recover, but when too much damage is received (represented through skull tokens), no more actions can be performed and the character is taken out of the game. The outcome of challenges (combat, magic, diplomacy, and politics) and investigation cards is determined through dice rolls, with a system of white dice and coloured dice. The exchange rate for clue tokens used to start or complete quests and earned through investigation cards, is also different for each character. Players can choose to form temporary alliances by exchanging tokens. The game can be played against AI-controlled opponents or against friends, both offline through the hot seat mode or using online multiplayer (both public and private sessions). It contains 288 cards and 30 monsters.