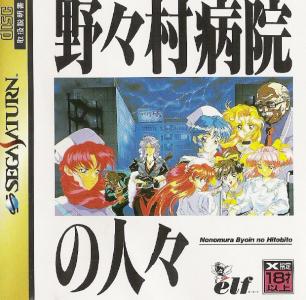 The principal of Nonomura hospital has killed himself. Or so it appears at first sight. But the private detective Takumaro Kaibara is not so sure about that. Maybe it was a suicide, but maybe it was a murder. To find out what has really happened, Kaibara heads to Nonomura hospital. It should be mentioned that Kaibara is famous not only for his talent as a detective, but also for his skills as a seducer. And it is also known that Nonomura hospital is full of beautiful nurses. To kill two birds with one stone, Kaibara tries to make his way to the hearts of the sexy nurses, at the same time gathering information for the crime investigation. Will he be able to succeed in both? Nonomura Byōin no Hitobito contains erotic images and scenes and is marked for the ages 18+. The genre to which the game belongs can be described as a digital novel, in which the interaction consists entirely of text, and the gameplay is devoid of puzzles and is largely based on dialogues and decisions made in certain situations.