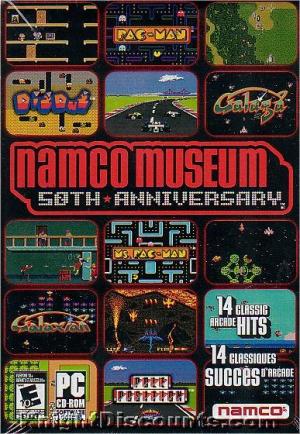 "A special edition that marks Namco's founding as a toy manufacturing company in 1955. It was the second Namco Museum compilation to be released on the PlayStation 2, Xbox and the Nintendo GameCube. The Game Boy Advance version was also the second Namco Museum compilation for the GBA. It was also released on PC. In Japan, this was released under the title Namco Museum Arcade Hits! for PlayStation 2 only, with Pac-Mania and Galaga '88 unlocked right from the start and different menu music." - Wikipedia