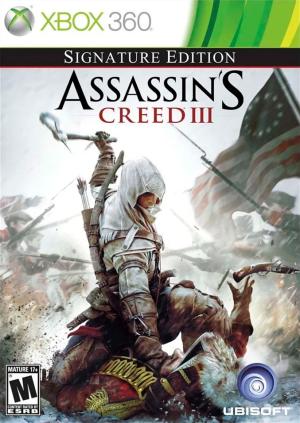 Assassin's Creed III is a 2012 sandbox style action-adventure video game that is developed by Ubisoft Montreal and published by Ubisoft. It is the fifth main title in the Assassin's Creed series, and is a direct sequel to Assassin's Creed: Revelations. The game tells the stories of Haytham Kenway and Ratonhnhaké:ton, set in the American Northeast from 1754 - 1783, during the French and Indian and American Revolutionary Wars. It also concludes the modern-day story of their descendant Desmond Miles.