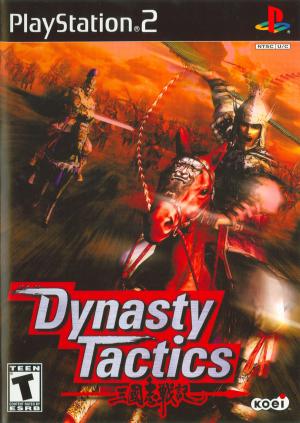 A tactical strategy game set in feudal China, Dynasty Tactics is an offshoot of the Dynasty Warrior series. The game puts the player in the shoes of one of 3 military leaders. Through strategy, acquired military might, and diplomacy, the player must strive to conquer the game's 60 cities. Battles take place on a 3D grid, in a turn-based format. Through deft use of battlefield tactics, including a deep combo attack system, players must meet certain requirements to win the battle. Multiple paths through the game (including multiple endings) will keep armchair military generals coming back.