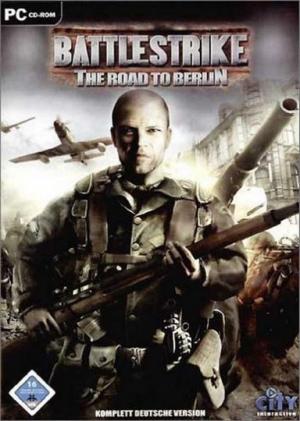 Battlestrike: The road to berlin

The guns of the greatest of all wars roar into life in and on The Road to Berlin. This fast-moving game drops the player right in the middle of frenzied combat action, where the thrills just keep coming! Pilot, gunner, sniper, paratrooper - all these roles are played out through a simple, intuitive point-and-click interface, allowing instant and complete immersion in the game world. The weapons and weapon platforms modeled in the game range from the legendary fighters such as the P-51 Mustang to the Springfield sniper carbine. 16 summer and winter combat missions, realistic sound and graphics, plus fast-flowing action make for an exciting and most satisfying gaming experience. The battles will be fought both in the air and on the ground under diverse conditions, in different seasons: from summer through winter and in various places: from fields or villages up to the very center of Berlin.