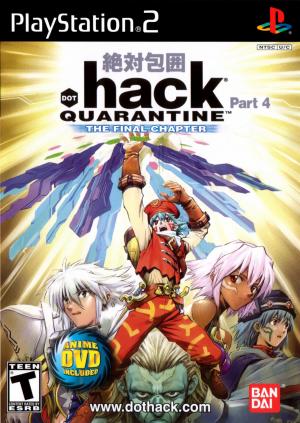 This is the last chapter of the .hack series for Playstation 2. The series tells a story of a future society where it is possible to play massive multiplayer online RPGs in a virtual reality. But something strange happens to the characters of this virtual world, and a young player named Kite decides to investigate the mystery. He can have contact to fellow players in the real world, and - as a player character - also have a party within virtual reality. The gameplay on the series is heavy on dungeon crawling, and the combat is action based. The fourth chapter closes the saga, finishes the story, and allows the player to reach the highest levels of character development and acquire ultimate weapons and accessories.