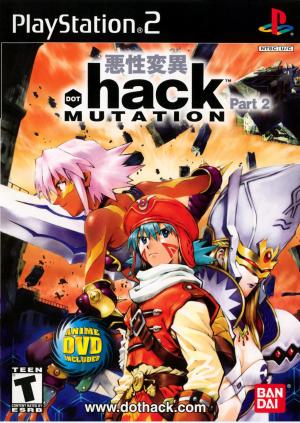 .hack//Mutation is the second in a four part game series. It's a single player adventure / rpg that "simulates" an MMORPG (EverQuest, Ultima On-line) that has you playing the character Kite. You can get member addresses of other character and attempt to call them to in game to see if they are on-line to join you in a quest. Like standard MMORPG games, it has a LOT of side quests, lots of weapons and armor, a trading system for equipment among other character and the ability to move between different servers. You also have message boards and e-mail to communicate with other "players". This version improves the original by better AI control of other character's, additional items, more characters, access to more servers / areas, and a lot more.