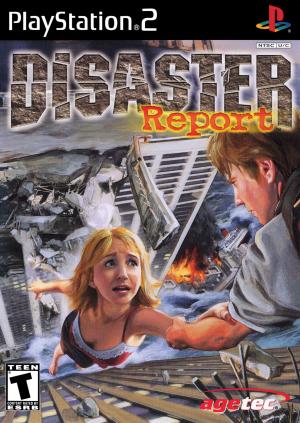 Keith Miyamoto is a reporter who works for an important newspaper in Los Angeles. In 2005, he travels to an island called Capital City, where he has to get a new job. However, on his way from the airport to the city, a terrible earthquake occurs. The train collapses and Keith finds himself abandoned by the rescue team. Now he has to escape the island, try to save the people stranded on it, and discover the true reasons behind the chaos in the city. But that will be anything but easy. The earthquake continues, and any time Keith steps on a half-collapsed bridge, crawls over a pile of rumble, or climbs a narrow path between ruined houses, the Earth can start trembling... Disaster Report is a combination of pure adventure and survival horror genres. Controls, inventory management, fixed camera angles and relative vulnerability of the protagonist are reminiscent of Alone in the Dark and similar games, while the complete lack of enemies to fight reminds of a classic adventure. There are many ways to preserve Keith from constant dying. You can find items and combine them into new ones (for example, finding a helmet and a lamp will allow you to build a helmet with a flashlight attached to it). Keith will also need to quench his thirst, so you'll have to find water for him. The water taps found in the game also serve as save points.