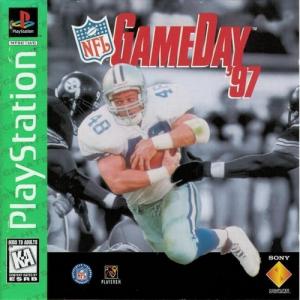 NFL GameDay '97 is the second video game in the NFL GameDay series. It was released on November 30, 1996 on the PlayStation by Sony Interactive Studios America, and like its predecessor was a major critical and commercial success. On the cover is Daryl Johnston. It later had a Greatest Hits release in 1997.