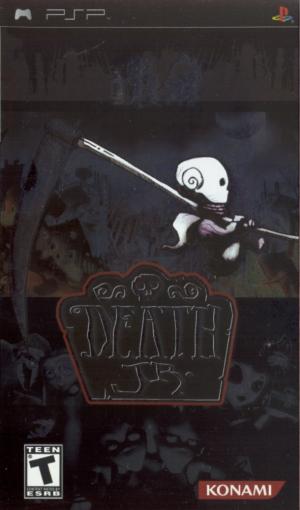 Death Jr. is a video game for the PlayStation Portable. The PSP iteration was the first PSP game shown publicly and advertised as a killer-app. It was released to a mixed reception and noted for numerous problems about the camera, gameplay and uninspiring graphics, but was praised for its Tim Burton-esque themes and quirky characters. In the game, the player has a variety of guns ranging from pistols to a rocket launcher. The controls are simple. The player moves around with the analog nub and attacks people with the square and circle buttons. There is a lot of emphasis in the game on the combos which can be achieved by linking attacks to each other in rapid succession.